Neymar has been ordered to pay Barcelona €6.7m as he has lost the lawsuit against Barcelona.

In August 2017, Neymar filed a lawsuit against FC Barcelona after the club refused to pay him €43.6 million, a bonus included in his contract extension which he signed in 2016.

Barcelona pronounced that Neymar was only eligible for the bonus if he was still at the club on 31 July 2017, and it was rendered null since he had moved to Paris Saint-Germain before the date.

After a thorough examination of the case, the social court in Spain has dismissed the Brazilian’s claims.

The Catalans have been awarded the judgment in the law courts and Neymar has been ordered to repay €6.7 million.

A statement on the official club website said: “FC Barcelona welcomes the judgment handed down today by the Social Court 15 of Barcelona, in connection with lawsuits between the club and the player Neymar Junior in claiming compensation for the bonus signed in his last contract renewal.”

I was offered 500,000 pesetas to take out Ronaldinho, says Caceres 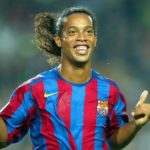 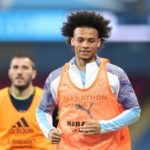