Arkadiusz Milik has been named as a player likely to depart Napoli come the end of the season.

The 26-year-old’s current contract with the Partenopei expires next summer and a host of clubs have already shown interest in his services.

The likes of Juventus, AC Milan and Arsenal have been named as potential destinations for Milik should he make a move this summer.

While uncertainty continues to remain around his future, Napoli chief Cristiano Giuntoli has now shared some perspective on the matter.

The club are trying to agree a contract extension with Milik but if it can’t be agreed, they will have to sell him rather than lose him for free next year.

“The desire is to renegotiate his contract, so we are talking with his agents. The objective is to resolve the situation, one way or another. If he doesn’t want to remain, then he will go on to the transfer market.” Giuntoli told Sky in Italy via Football-Italia.

“Players can remain as long as they do so with the right mentality. Napoli will go forward, with or without Milik.”

Another player linked with a potential exit from Napouli is Kalidou Koulibaly. In fact, that has been the case for the past two seasons.

Some recent reports claimed that his €120m price-tag could drop to around €90m due to the global pandemic. This has now been debunked by the Napoli chief.

“Kalidou is a great player, who still has a long contract with us,” added Giuntoli. “If we were to sell, the club could ask for a large sum. A player like this cannot change his value even in a crisis, so we are not moving our valuation.” 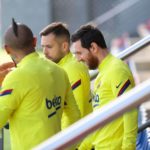 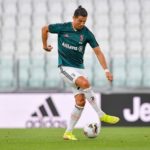