According to David Trezeguet, who has backed Kylian Mbappe to win the Ballon d’Or, he is “the rightful successor” to Lionel Messi and Cristiano Ronaldo.

Over the past 13 years, Barcelona talisman Lionel Messi and Juventus forward Cristiano Ronaldo have shared 11 golden balls, cementing their status as two of the greatest players in history.

However, at 33 and 36 years old, both men are nearing the end of their careers, and Trezeguet believes Mbappe is the best candidate to succeed them at the top of the game.

“He is on the right track anyway,” the former France and Juventus striker told Le Parisien when asked if he sees the 22-year-old as a future Ballon d’Or candidate.

“He asserts himself as the rightful successor to Messi or Ronaldo. He is best placed to take their place.”

After scoring a superb brace in a 3-2 victory over Bayern Munich on Wednesday night, the Frenchman now has eight goals in eight Champions League games this season, giving Mauricio Pochettino’s side a crucial advantage heading into the second leg of the quarter-final tie.

“I admit he always amazes me. Great games belong to great players,” Trezeguet added on Mbappe’s ability to step up in the most important games. “This is not a trivial sentence. Kylian has once again demonstrated this brilliantly. This is the mark of the greats.

“He is more motivated by these very high-level meetings. We had already seen this against Barcelona. He gives off an impression of ease. He is strong in his body and in his head.

“When he is expected, he responds. It is sometimes a little less obvious in Ligue 1, even if his statistics also speak for him.” 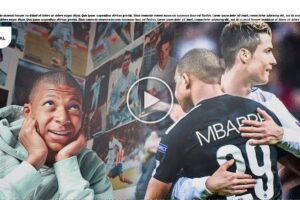 Video: Mbappé reveals how Cristiano Ronaldo inspired him in a moving letter 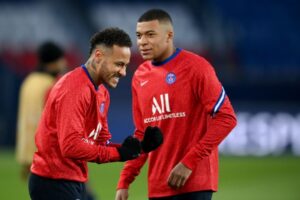 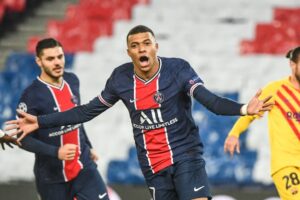