While the scoreline may not show it, but Chelsea played a lot better than the result showed.

The Blues had a bright start and dominated the first 15 minutes. They were unlucky not to score as Tammy Abraham and Emerson both hit the post.

They trailed United at the end of first half via Rashford’s early penalty.

Harry Maguire had a man of the match performance in his debut for Manchester United. Him being one of the main reasons for their clean sheet.

The English defender was dribbled past zero times and also led in tackles with seven.

Anthony Martial doubled United’s lead finishing a cross from Andreas Pereira. Chelsea were caught on the break and were stretched as they couldn’t recover back in time.

But the Red Devils were not finished as Paul Pogba clipped an amazing ball over Azpilicueta for Rashford to finish.

Daniel James, who replaced Pereira completed the rout with United’s fourth. The Welsh winger’s shot was deflected as it went past Kepa.

It was United’s biggest winner over Chelsea since 1994 FA Cup Final.

Manchester United will play Wolves away next on August 19.

For Lampard it will be time for him to go back to the drawing board as he tries to move on from the 4-0 deafeat. Next up though they face Liverpool in the UEFA Super Cup Final on Wednesday. 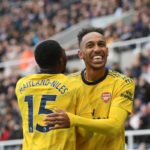 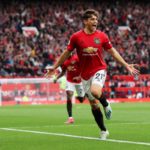 Daniel James talks about scoring on his debut and dedicates his goal to late father in an emotional interview.