When Julian Alvarez joins Manchester City, Gabriel Jesus and Raheem Sterling have been informed that their places in the team may be jeopardised.

City completed a piece of business on transfer deadline day, unexpectedly, but joyously, when they announced the signing of South American Footballer of the Year Alvarez from River Plate.

The Blues paid £14.1 million for a player who exploded into the scene last season with 24 goals and 15 assists in 46 games, attracting interest from all around Europe.

On Monday, City won the race for the 22-year-old prodigy, but they kept it low-key because he will be staying in Argentina until at least July.

The club has done similar arrangements before, such as allowing Jesus to stay at Palmeiras for another six months after agreeing to sign him in order for him to receive additional first-team experience in South America.

It worked for the Brazilian, who arrived in Manchester as a teenager eager to make an immediate impact in the first team, and Pep Guardiola may be aiming to do the same with Alvarez.

However, when the Argentine arrives, Jesus and his teammate Sterling may be left looking over their shoulders.

According to a group of City fans polled by the MEN, who were asked about the Alvarez transfer.

When asked which City forwards should be worried about their future if Alvarez joins, 34.2 percent of the 1,609 respondents said none of them, while a whopping 28.5 percent said Sterling.

With nine goals and three assists so far this season, the 27-year-old has stormed back to his best after a protracted lull in form, although his current deal only has 18 months left on it.

When Alvarez finally makes the trip over the Atlantic, the majority of City fans polled feel it will take him some time to adjust to life in England and the Premier League.

64.2 percent of supporters believe the forward will need time to adjust to City, while 35.8% believe he will make an immediate impact. 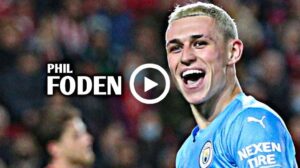