Antonio Conte’s side showed early signs of winning the Scudetto, and even enjoyed being league leaders a while, but was ultimately unable to bring Juventus‘ dominance to an end.

Inter also made a deep run in last season’s Coppa Italia but couldn’t get past the semi-finals stage, suffering an aggregate 2-1 loss to Napoli.

They then reached the finals of the Europa League and even took the lead early in the match, only to see Sevilla overturn the tie.

It was Romelu Lukaku who opened the scoring at the RheinEnergieStadion in Cologne last month, and the forward recently revealed that he did not take the defeat very well.

“It was a very difficult moment for me. I didn’t speak for four days,” Lukaku said in an interview with La Gazzetta dello Sport.

“But one day, I woke up and I gave myself a reason. These things happen. Only by suffering you improve.

“Victory is fatigue, it is a character, it is an analysis of one’s limits but it is combativeness, it is a desire for redemption and success. You can lose, but only to learn how to win.” 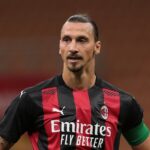 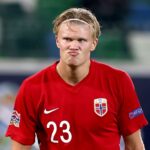 Haaland aiming to improve upon his last season’s performance