Luis Suarez has backed Barcelona in their pursuit of both Neymar and Lautaro Martinez.

With numerous clubs circling for his transfer, the Nerazzurri will find it difficult to keep hold of Martinez after this season particularly when Barcelona, who are eyeing a replacement for aging striker Luis Suarez, come calling.

Meanwhile, Barca are also looking to sign Neymar in the summer. The Brazilian joined Paris Saint-Germain in 2017 but has been linked with a move back to Camp Nou ever since.

Suarez, is open to seeing both Lautaro and Neymar play alongside each other at Barcelona.

“Lautaro is a player who has been growing a lot in Italy. He is a ‘nine’ who has movements that are spectacular and that reflects how great a striker he is.”

“I would advise him to stay at BVB for another year, maybe two.” – Sancho told to snub Manchester United 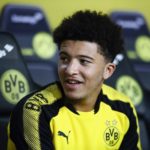 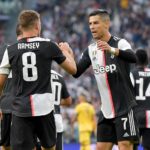