France must not give Cristiano Ronaldo too much room, according to Lucas Digne, who has also praised the 36-year-old as a role model.

On Wednesday, the Everton left-back will face Ronaldo and Portugal in France’s final Group F match, where he will have one of the most difficult jobs in football: putting the brakes on CR7.

“It’s awe-inspiring. During a press conference, Digne said of Ronaldo’s performances at 36 years old, “What he has done in his career is an example for all.”

The former Barcelona star recognises that taking on Ronaldo will be a difficult task, especially if he and his teammates give him too much room.

“That’s your job as a defender,” Digne explained.

“He [Ronaldo] moves around a lot throughout the offensive line. It’s always important not to give him too much room.”

On Wednesday night in Budapest, France and Portugal will meet with the goal of avoiding defeat at all costs.

Portugal is in the most desperate need of a win, as they are a point behind the Group F leaders in third place after a 4-2 defeat to Germany on Saturday. A draw, on the other hand, will secure France a place in the Euro 2020 last-16 stage. 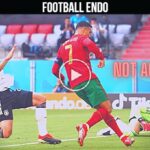 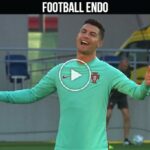