A huge credit of Liverpool’s sublime performances this season can be credited to their front three.

Roberto Firmino, Mohamed Salah, and Sadio Mane have show an excellent understanding between themselves on the pitch which has led to them scoring a combined 38 goals in the Premier League.

Real Madrid lack firepower and are expected to knock on Liverpool’s door in the summer.

And if they do, then he should be the one to leave. Or so is the opinion of ESPN insider Gab Marcotti.

“Of those three, Mane is the most sellable asset,” Marcotti said, as Express reports.

“Real Madrid need attacking players, because the ones they have are getting old or almost permanently injured, or players that Zinedine Zidane doesn’t want like Gareth Bale.

“Mane is the most sale-able of the three because he gives you a ton of goals, more than Firmino who plays center-forward.” 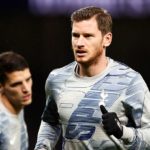 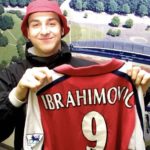 Zlatan Ibrahimovic once turned down Arsenal and Arsene Wenger