Real Madrid will be looking to increase their gap on top of La Liga after it was reduced down to one point by their arch rivals Barcelona with a victory against RCD Espanyol. But for that, they will have to defeat Deportivo Alaves at the Alfredo Di Stefano Stadium.

Zinedine Zidane, though, will be impacted by the loss of several key players, especially in defence, which would mean that he would be forced into some changes. Sergio Ramos and Dani Carvajal both picked up suspensions against Athletic Bilbao and will not participate in the game while Marcelo sustained a minor injury in the build-up to this game and is absent from the squad list.

Zidane addressed Marcelo’s injury in the pre-match presser saying, “Marcelo has had a very minor injury and that’s why he didn’t train with us this morning. We’ll have to see how he gets on in the coming days because he’ll have a scan tomorrow, but, as always, I’m not going to tell you who’s going to play there.”

Ferland Mendy will return to the starting XI after missing out last week, replacing the injured Marcelo. Carvajal will miss this encounter after picking up his 10th yellow card and will likely be replaced by Lucas Vazquez because of the lack of a natural replacement in the first-team.

Raphael Varane and Eder Militao will play at the heart of the Real Madrid defence. The back four will screen Thibaut Courtois, who will hold the fort for Real Madrid between the posts.

Toni Kroos will start the game alongside trusted partners Casemiro and Federico Valverde in midfield, as Luka Modric remains an option from the bench after completing 150 minutes of game time over the last two games.

Eden Hazard has been re-included in the squad list after missing the last two games due to an ankle injury and will be starting against Alaves. Zidane was asked about Hazard’s participation on Friday night during his press conference.

“He’s just got some discomfort, it’s not a relapse and he trained with us as usual. I hope that Hazard is with us for the four remaining games and then the Champions League. He wants to be involved and isn’t fearful,” the Real Madrid boss said before adding, “Indeed, he’s going to be with us tomorrow.”

The Belgian will start the game on the left flank while Karim Benzema will lead the line. Vinicius Junior will take up the responsibility on the right wing. The Brazilian had to be tested for Coronavirus, but thankfully for the team and him, it came back negative. Luka Jovic, on the other hand, has been sent to compulsory quarantine after coming in contact with a person with the virus. 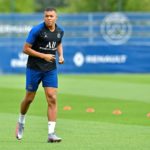 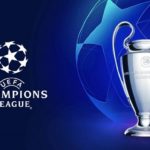