Real Madrid were able to come out as the victors in what was an intense encounter against Real Betis at the Benito Villamarin. The game went down right down to the wire and called curtains with a controversial penalty, but Zinedine Zidane’s men were able to seal the game 3-2 in the 82nd minute.

Thibaut Courtois: One of Real Madrid’s best players from last season, Courtois has undoubtedly carried over his form to the new campaign. This was evident as he made 3 saves, one of which could surely end up in the season hall of fame. Having said that, the Belgian could have and probably should have done better to stop William Carvalho’s shot, which crept into the near post. 6.5/10

Dani Carvajal: He was the only player adding width for Real Madrid from the right side against Real Betis, and Sergio Canales constantly exploited the space left behind. Did set up the equaliser in the second half, but needs to do more to aid the team. 6/10

Sergio Ramos: As the game started, you could already see Ramos in the opposition box during an attack by Real Madrid, completely unmarked, only to be denied by the trailing leg of Marc Bartra. He was accurate with his long balls, completing 11 of the 13 he attempted while winning each of his ground duels (4/4). He finally capped off an impressive display with the winner from the spot. Never in doubt. 7.5/10

Ferland Mendy: This was an odd game for Mendy, who was not involved a great deal, with the Real Madrid attacks flowing from the right flank for the most part. Real Betis did not attack his side much either with Nabil Fekir often drifting towards the centre, meaning he was left anonymous on a few occasions. 5/10

Federico Valverde: Valverde started the game a tad bit slowly, showing that he still needed to shake off a bit of rust. The Uruguayan did not take long to do so, however, quickly growing into the game and kick-started the game into life with a goal in the 14th minute. Solid defensively as well, Valverde made 3 clearances, 1 tackle and made a clutch reflexive block on a shot from Fekir, which was definitely on target. What an asset for Zidane. 8/10

Casemiro: Casemiro was the most defensively involved player on the pitch on Saturday, contesting 12 ground duels (won 6), and 7 aerial duels (won 4). He successfully made 3 interceptions, 4 tackles and blocked a shot too. His rating, however, has been hampered by a lapse of concentration that cost Real Madrid the goal in the first half when he left Aissa Mandi unmarked. 6/10

Toni Kroos: Kroos was only able to complete 45 minutes of football against Real Betis before hobbling off, as Luka Modric replaced before the second half even began. During this time, Kroos failed to manage the tempo of the game and conceded 3 turnovers for his team. He also failed to show any energy in the attack and lost 3 of his 6 ground duels. 5/10

Martin Odegaard: Odegaard started his second game in a row on the back off a solid display against Real Sociedad last week, but failed to make an impact against Real Betis. An unnecessary dummy cost Real Madrid a turnover and nearly a goal in the first half, following which the Norwegian seemed to be reluctant to try anything else. The 21-year-old has a lot of competition in midfield and needs to do a lot better to cement his place in Zidane’s team. 5/10

Luka Jovic: Jovic was the most uninvolved player in the game and naturally so, playing the role of the poacher while Karim Benzema pulled strings while dropping deep. He attempted a total of 10 passes, completing only 6, and won none of his aerial or ground duels. The only chance he got was snatched from him at the last minute when Emerson tackled him as he was through on goal. 6/10

Karim Benzema: The rarest of games from Karim Benzema, who looked very rusty in front of goal and quite shaky while creating as well. The Frenchman took 4 shots, hitting 3 of them off target, one of which was a sitter from five yards out. He did play a key pass, though, which eventually resulted in a penalty and assisted Valverde’s opener. Still, there is a lot more Real Madrid fans expect from their best player and on Saturday, he simply did not deliver. 6/10

Luka Modric: Modric came on for Kroos and was unable to provide the composure that the game needed. He tried to continuously push forward and looked for players in the final third, but failed to pull off any pass. Overall, an average game from the 2018 World Cup Golden Ball winner. 6/10

Isco: Isco was given the task of being the primary creator for the team after he was subbed on for Odegaard at half-time. Ths Spaniard pulled off 1 key pass and created 1 big chance (the only of the game) – for Benzema – and was unlucky not to have his name registered on the assist sheet for the game. More to come, indeed. 7/10

Borja Mayoral: Mayoral was a late introduction and was barely involved in the game except for the penalty he won late in the game, helping Real Madrid get a stranglehold on the three points. 6/10 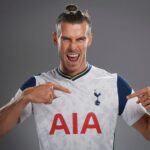 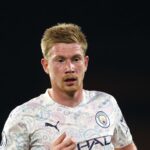