Kylian Mbappe, a four-time Ligue 1 winner, admits to being exhausted by the numerous debates taking place in France, and acknowledges that this could have an effect on his future at PSG.

Mbappe struggled to score for Les Blues in their first three World Cup qualifying games, gaining him criticism from the French media for his underwhelming results.

The 22-year-old also said that footballers who play for clubs outside of the United States do not seem to receive special attention.

France drew 1-1 with Ukraine to open their World Cup qualifying campaign before going on to win 2-0 and 1-0 against Kazakhstan and Bosina, respectively.

Didier Deschamps’ team has seven points from their first three group stage games, but the French media has criticised their players for their lack of intensity during the games.

After failing to score a goal in any of the first three games, Kylian Mbappe has responded to the criticism and hinted at a potential PSG exit.

PSG’s Kylian Mbappe has hinted at a move away from the club.

Kylian Mbappe said in a recent interview with RTL that he is tired of the criticism aimed at him in France.

“Of course it is tiring, especially when your play for a club in your country when you give everything from your national team… At a certain moment, it tires you out, yes.”

“It is different for the players who play abroad, who only come back to France for the national team. Me, I am here all the time, so I am spoken about a lot more. But I was aware of this context when signing for PSG.”

Mbappe concluded by stating that his decision to stay at PSG or move abroad will be influenced by the critics in France.

“We will see for the future. Of course, that (critics) plays (in my future decision-making) too. Aside from that, it is not just that.

The most important thing is to feel good where you are and enjoy yourself every day. If it had moved forward (extension talks with PSG), I would have already come and spoke about it. I will do so when I have taken my decision.”

Mbappe has 30 goals and nine assists for PSG this season in all competitions, leading Mauricio Pochettino’s team to the top of the Ligue 1 table, level on points (63) with Lille.

Later this month, Mbappe and PSG will meet Bayern Munich in a two-legged UCL quarterfinal. 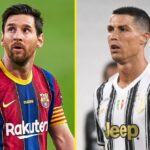 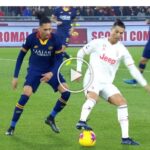