Kylian Mbappe’s quality doesn’t need mentioning at this point but it’s only a matter of how good he can become.

Many have tipped the Frenchman to take over the crown from Ronaldo and Messi and Mcmanaman is certain the youngster can even emulate Ronaldo at Real Madrid.

Mbappe has been brilliant for PSG this season, bagging 15 goals and four assists in 18 league matches.

He believes the youngster is already top quality and all that remains is a grand stage like Madrid to get more plaudits for his massive potential.

Quizzed by HorseRacing.net on whether the Frenchman could emulate Cristiano Ronaldo, McManaman said: “I think he would have the same sort of impact.

“I think he’s the next global superstar now Cristiano Ronaldo and Lionel Messi are coming to the backend of their careers.

“Neymar hasn’t really kicked on in the fashion that we all expected him to kick on at PSG. Kylian Mbappe is a young player, he’s very, very exciting and I think he’s got that aura about him to be the next superstar.” 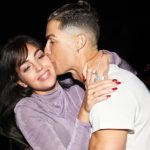 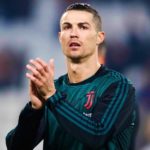