Italian champions take on in the Derby della Mole on Saturday.

Juventus, who currently sit fourth in Serie A, will look to make short work of 18th-placed Torino.

When is the Match between Juventus and Torino ?

The match will take place at the Allianz Stadium on Saturday.

Alvaro Morata will be serving the first of his two-match suspension for his red card last week. Gianluigi Buffon, Giorgio Chiellini and Merih Demiral are all still a while away before returning from their respective injuries.

Giampaolo prefers the three at the back philosophy and is likely to instruct his side to set up in a 3-5-2 shape. Daniele Baselli, Sasa Lukic and Mergim Vojvoda are all sidelined for the match against Juventus.

Juventus vs Torino Head-to-Head and Results

The head-to-head record doesn’t look good for Torino, having won only once in the last 18 meetings between the two clubs. Last season’s fixture ended 4-1 in favor of the defending champions.

Juventus have conceded just one goal total in the 4 home Serie A matches they have played this season.

Torino have failed to score in just two of their 9 Serie A matches so far this season.

Juventus have drawn 5 games in the 2020/21 Serie A campaign already, equalling the number of draws they had in the entire 2019/20 league season.

Cristiano Ronaldo has 8 goals in just 5 Serie A appearances this season but is second to Zlatan Ibrahimovic (10) in the top-scorers list.

Video: The Difference between Messi and Ronaldo when their teams are down 3-0 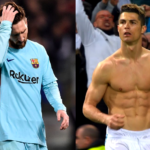 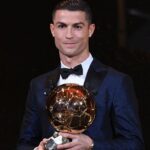 Vote for Ronaldo for the Ballon d’Or Dream Team