Paul Pogba’s agent caused a huge stir by recently claiming that the midfielder’s time is ‘over’ at Manchester United.

Pogba has tremendously struggled to deliver up to the expectations ever since his €105 million move to Old Trafford back in 2016, and he has been in and out of Ole Gunnar Solskjaer‘s line-up this season due to inconsistency and fitness problems.

The untimely and unwelcomed comment by the player’s agent has led to the Red Devils deciding that it is finally the time to part ways with their record signing.

And this decision of theirs could pave the way for the return of Cristiano Ronaldo – something the fans have long desired.

The Independent’s Chief Football Writer Miguel Delaney claims that Man United would be interested in a swap deal with Juventus involving Pogba and Ronaldo.

“Talking to people during the week because I’ve been doing something on the Paul Pogba situation, which is connected to Ronaldo, and the fact that Juventus might actually be interested in a swap,” Delaney told The Football Ramble’s On The Continent show.

“It’s not impossible. Connected to all that was the view that ultimately, Juventus are trying to install this collective idea of football.”

A straight swap of such a magnitude seems far-fetched but stranger things have happened in football.

Ronaldo is still one of the very best players in the world at 35 years of age. His return to Old Trafford would be a sight to behold for the Man United supporters. 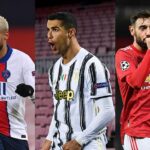 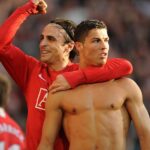 Dimitar Berbatov – Training with Cristiano Ronaldo ‘was like a war’