The 35-year-old gave another vintage display on Saturday to seal Juventus a 2-0 win. He scored both goals, bagging the opener with an exquisite finish before getting a second goal just before the break.

It took Ronaldo’s tally up to eight goals in only five Serie A games and sent Juve up to second in the standings, for the time being at least.

But there have been rumors in the last few weeks claiming the Bianconeri wanted to sell their star forward before his contract expires in 2022 and that a Real Madrid return could be possible for him.

“I can reassure you about Cristiano Ronaldo’s future here at Juventus,” Paratici told DAZN in response to these rumors as quoted by Goal.

“We don’t pay too much attention to transfers rumors, there is lots of news every day.”

“Dybala is a great player and wants to be a protagonist,” said Paratici.

“He’s unlucky, as he had this virus issue that has been dragging on since the last break for international duty, he had more problems just before the Lazio game.

“He has now been able to train regularly and hopefully will soon get back to being the Dybala of old.”

Juventus impress to move within a point of top spot 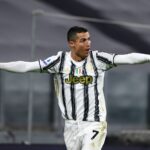 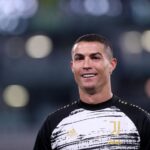