Manchester United was rampant against Bournemouth in their Premier League victory at Old Trafford.

However, most impressive for the Red Devils, was that all three of their attacking trident got on the score sheet.

Mason Greenwood bagged a brace, Anthony Martial scored to reach his best season tally as a United player and Marcus Rashford got his post lockdown account up and running with a spot-kick.

Speaking to BT Sport, the England striker is prioritizing three points rather than who scores.

Rashford said: “The lads enjoyed it today. Definitely exciting times. It doesn’t matter who scores as long as we are scoring and picking up points in the table.”

“It is always positive for teams if their forwards are scoring. It is important now to push on until the end of the season.”

Greenwood picked up the man of the match award for his two-goal contribution.

The United number 10 was full of extra praise for his teammate, 18-year-old Mason Greenwood.

He added: “Left foot, right foot he can finish. Both sides are comfortable for him.”

“I don’t want to put too much emphasis on him, just let him play his football and that he is what he does. It is a big bonus to have him in the squad.”

Jamie Vardy has scored a century of Premier League goals 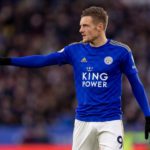 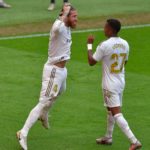