Borussia Dortmund can boast of something not many European heavy weights can – having a team jam-packed with one of the most exciting and promising talents.

Among those, 19-year old Erling Haaland and 20-year old Jadon Sancho happen to be the crown jewels.

With 36 goals between them in the Dortmund shirt this season, the duo have already formed one of world football’s deadliest partnerships.

How long this partnership survives, however, remains to be seen with Manchester United understood to be hot on Sancho’s trails while Real Madrid rumored to be showing interest in Haaland.

The Norwegian striker has plenty of praise for his young teammate, suggesting that he is not looking to leave Sancho’s company anytime soon.

“His goals and assists this season speak for itself,” Haaland told BT Sport.

“He assists me and we played good together. He’s as young as me and he’s amazing. He has a very bright future.”

Tuchel – PSG will miss Cavani and Meunier in Champions League 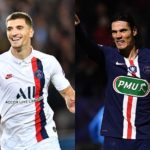 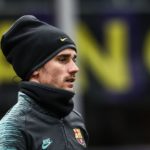