Cristiano Ronaldo has now scored 11 goals in all competitions, with only Antoine Griezmann (6 goals) having a realistic chance of catching him.

Apart from breaking the record for most goals scored in a single season, Cristiano Ronaldo is now only three goals behind Ali Daei of Iran, who has 109 international goals. For Portugal, Ronaldo has 106 goals. The 36-year-old is targeting a record-breaking performance at Euro 2020.

Gary Neville, a former Manchester United teammate of Cristiano Ronaldo, was astounded by the number of goals Ronaldo has scored for Portugal. Neville, speaking on ITV, said:

Portugal’s Euro 2020 campaign began with a much-needed victory over Hungary. Their final two games will be against France and Germany, respectively. 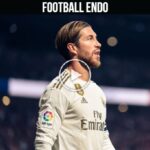