Pogba joined Manchester United at the age of 16 in October 2009 and has spent the bulk of his career with the club.

The midfielder started out with the youth squads before making his first-team debut against Leeds United in the 2011/12 campaign. A further two appearances that season, however, saw him leave for Juventus for free.

He spent the following four years developing into one of the most exciting talents in European football before United re-signed him from the Bianconeri for a then world-record €105m in the summer of 2016.

Struggles for form and fitness have shrouded Pogba during his second stint, though. It’s left him vulnerable for criticism, with fans and pundits alike having questioned the club’s record signing frequently.

But things seemed to be on the up lately, with Pogba seemingly developing a new superstar midfield partnership with Bruno Fernandes.

Now Joyce is hopeful the 27-year-old will shut his critics down for good by proving his worth at Old Trafford in the new season.

“He was desperate to be a success at Manchester United,” Joyce told the Manchester Evening News.

“I know from the last conversations we had before he left the club that he was desperate to break through with those players.

“He gets a lot of stick, he’s big enough to handle that, he’s capable of producing the goods on a world stage.”

Ozil is fit and ready for the new season 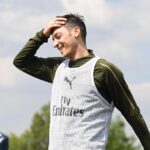 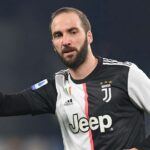 Higuain and Juventus have agreed on his termination of contract