Real Madrid president Florentino Perez has said that a reunion with Cristiano Ronaldo is “impossible.”

As he enters the final year of his Juventus contract, doubts about Ronaldo’s future have grown.

In 2018, the Portuguese international joined Juventus with the goal of winning the Champions League. The Bianconeri planned to put CR7 at the heart of their project, transforming them into a European force comparable to Real Madrid.

Juventus, on the other hand, has only made it to the quarter-finals once in three seasons.

Ronaldo is expected to leave the struggling club in the summer as their Serie A dominance comes to an end this season.

While Perez insists he still loves Ronaldo, the Real Madrid president believes his former star player’s return to the Bernabeu is “impossible” and “doesn’t make sense.”

“They are both very good players, but Messi and Cristiano are history,” Perez said of the legendary rivalry between Messi and CR7, which dominated La Liga for nine years.

“Cristiano won’t return because he has a contract with Juventus.

“I love him a lot, but it doesn’t make sense he returns.” 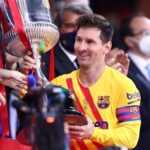 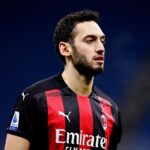 Juventus suffers a setback as Milan closes in on a new contract with their desired player.