The deal signed between La Liga and EA will ensure fans will be able to enjoy the official match branding from Spanish top division in the game for another 10 years.

With Official licensed clubs, one will also have LaLiga promos such as Team of the Week (TOTW), Player of the Month (POTM) and Team of the Year (TOTY) in the FIFA Ultimate Team (cash cow of FIFA).

EA said La Liga is one of the most popular league selected in online play and also has the biggest in-game fan-base across 70 nations worldwide. Mostly due to two super clubs Barcelona and Real Madrid.

EA also said FIFA 20 is the most played game in franchise history and unique players have been increasing 10 percent year over year and daily active players have reached an all-time high in engagement.

There’s a 260 per cent year-on-year growth in FIFA content viewership, fueled by the recent Stay and Play Cup that aired to millions. 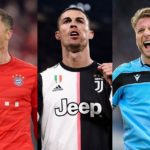 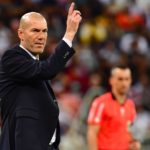