Eden Hazard has been making a lot of progress lately in Zinedine Zidane’s eyes. The French manager previously confirmed that he felt pleased for the hard work that the Belgian player has completed.

Ever since the pre-season started for Real Madrid, the player has been working hard to erase that bad image of his overweight.

The international break gave us a deplorable picture of a benched Eden Hazard by Belgium’s manager, Roberto Martinez. Everybody was aware of the star’s neglect for preparation and it was evident he let himself loose during the holiday.

But there is one thing for certain when it comes to Eden Hazard. He always delivers when he puts his mind into it.

We wouldn’t be surprised if he suddenly showed us the best version of himself during his second season at the club. The vast majority believed that Hazard would have his chance at Benito Villamarin Stadium in Seville.

Not only Hazard missed the call-up.

By the time Zidane released the list for the game, we were all convinced Hazard would be part of it. But the French manager has other plans and he still expects the Belgian star to improve.

You see, every single call-up that the gaffer makes is based on merit of what the players accomplished throughout the previous week.

In his view, Hazard is slightly behind on schedule and other players are simply more deserving. With this in mind, we get why he was snubbed this weekend.

However, Eden is not the only one who missed his name on the list. Other names who aren’t part of the trip are Marco Asensio, Eder Militao, and Mariano Diaz.

Morata always dreamed of going back to Juventus 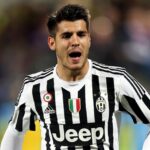 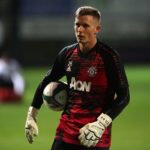