With each set of fans taking sides, it has led to the Portuguese being disliked among the Argentine’s fans and vice versa.

Recently, Paulo Dybala talked about his relationship with Ronaldo. He revealed that he, being an Argentine, naturally had a bias towards the 34-year old. But it wore off as they became closer.

“Once I sat down to talk to him, we were traveling,” Dybala narrated during an interview with AFA’s official website.

“I said ‘look, I’m honest, we in Argentina a little hate you, for your figure, for your way of being, for walking. Then you really surprised me because I found something else’.

“He laughed because he said ‘I know that’s the way it is, but I know how I am. I’m used to being criticized for that’.”

Lautaro is similar to Suarez and Aguero according to Godin 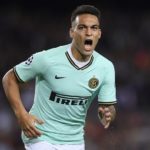 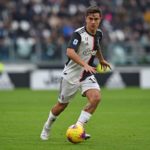