At his pre-Euro 2020 press conference on Monday, Cristiano Ronaldo removed two soda bottles from the table in front of him before holding up a bottle of water and urging everyone to drink water instead.

Then, for dramatic effect, he rolled his eyes and said, “Coca-Cola,” with a hint of disgust.

Although the brand is a tournament sponsor, Ronaldo clearly does not believe in the health risks associated with drinking water.

Ronaldo looked agitated almost immediately as he took his seat in front of the press.

He went for it after a brief internal debate about whether or not to make his health statement about water.

Cristiano Ronaldo was angry because they put Coca Cola in front of him at the Portugal press conference, instead of water! 😂

He moved them and said "Drink water" 😆pic.twitter.com/U1aJg9PcXq

Ronaldo is expected to break historic record in Euro 2020, according to a former Portugal player 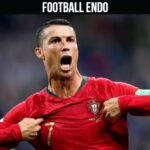 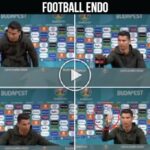