Football fans and viewers of Spain’s version of The Masked Singer were in for a surprise after Cristiano Ronaldo’s girlfriend Georgina Rodriguez made a special appearance on the show.

The model left watchers stunned as she revealed her identity after she performed during the show disguised as a lion. The Spanish version of the popular reality show recently made its debut on Antena 3 and was rated as the best entertainment premier of the last eight years.

Cristiano Ronaldo’s girlfriend recently made a special appearance on the hit show, much to the surprise of fans. The 26-year-old got on stage dressed as a lion and delighted fans with her performance. Georgina Rodriguez kept her identity hidden right up to the last moment, as the show’s panellists deliberated on the lion’s true identity.

While three thought Spanish presenter and model Cristina Pedroche was behind the disguise, another guessed that it was Spanish socialite Tamaro Falco underneath the lion costume. Georgina Rodriguez didn’t give anything away as she asked the panellists and audience to guess, claiming that all the guesses being made were way off.

Playing to the crowd, Georgina Rodriguez gave several hints to help the audience, as she talked about her love for good ham and watching TV series.

Cristiano Ronaldo’s girlfriend finally revealed her identity as the crowd cheered on, with Georgina Rodriguez admitting that it was a great honour to return to her home country and feature on the first programme of the popular show.

Revealed: Cristiano Ronaldo could be set for Juventus exit after 2022 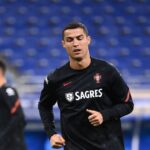 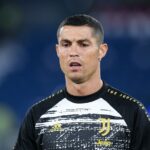