Ronaldo was forced to miss Sunday’s match against Atalanta due to a flexor injury. In the absence of their star player, Juventus were defeated 1-0.

Given how poorly they have performed in his absence this season, the Italian champions will be overjoyed to have the 34-year-old back in the squad.

Meanwhile, the five-time Ballon d’Or winner will be hoping to strengthen his case for the Capocannoniere, as he currently leads the goalscoring charts by four goals over Romelu Lukaku.

“Cristiano will be available tomorrow, there will also [Gianluigi] Buffon and I also think [Paulo] Dybala because he needs to play to regain his condition. I was happy with his display on Sunday and tomorrow he can find continuity. 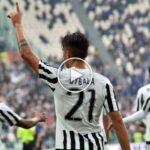 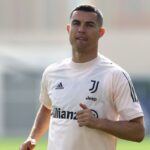