Football’s ultimate debate on who is the GOAT (Greatest Of All Time) between Cristiano Ronaldo and Lionel Messi has lasted over a decade. Even to this day, there has been no clear winner.

The pair have been trying to outdo each other for a long time, shattering countless records in the process.

They’ve been the undisputed ruling forces of football. A combined total of 11 Ballon d’Or awards doesn’t begin to sum it up.

The older generation, for example, tends to recall the exploits of Diego Maradona, Pele or Johan Cruyff in the GOAT debate. While the younger ones tend to stick with Ronaldo and Messi.

In an attempt to settle the score once and for all, Marca gave it’s readers the chance to have their say on this debate in a week-long voting panel.

Interestedly, the Spanish news outlet reported that Messi took a strong lead by around 60%. But Ronaldo soon caught up with his rival to nick the GOAT crown with 8% more votes.

So there you have – Ronaldo tops Marca’s GOAT charts ahead of Messi. 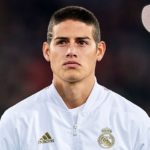 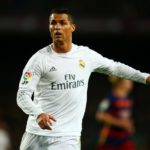