Cristiano Ronaldo is chasing a new record – to become the fastest player to reach 100 goals in the history of Juventus.

Juventus legend Omar Sivori is the player who currently holds that record, according to ilBianconero.

Sivori reached 100 goals in 124 appearances for the Old Lady, with an impressive goal per game average of 0.806.

Sivori hit the landmark tally back on March 26, 1961. 60 years have passed since and his record has remained untouched. Roberto Baggio came the closest, reaching triple figures in 162 games.

Ronaldo, if he keeps up his red-hot form in front of goal, could very well overtake Sivori as the fastest century scorer for the Bianconeri.

Ever since making the jump from Santiago Bernabeu to the Allianz Stadium in 2018, he has found the back of the net 85 times in 109 appearances and will have to score at least once in his next 15 matches to take the record.

The Portuguese netted his 85th goal in the Supercoppa Italiana victory against Napoli while also becoming football’s greatest ever goalscorer in the process. 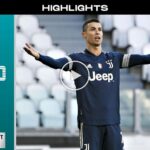 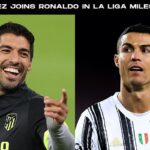