This is Barcelona’s 31st Copa del Rey success and their first since 2018.

They will now turn their attentions back to LaLiga, as they sit third, but only two points behind Atletico Madrid at the top and they face Getafe next time out.

Meanwhile Athletic will look to put their two Copa del Rey final defeats behind them and pick up three points against Real Betis in LaLiga on Wednesday.

Barcelona win the Copa del Rey after a superb 4-0 victory over Athletic Bilbao, thanks to four second half goals in the space of 12 minutes.

Griezmann broke the deadlock on 60 minutes, before De Jong doubled their lead three minutes later and victory was then rounded off with a brace from Messi.

It looked like Barca had a fifth, after Griezmann skipped past Simon and fired the ball into an empty net, but it was ruled out offside.

A deserved victory for Barca, who dominated from start to finish.

The CEO of Borussia Dortmund knows where Haaland will play next season. 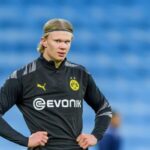 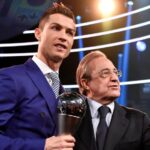