The fixture between Manchester City and Real Madrid has been postponed amid ongoing coronavirus pandemic.

After a Real Madrid basketball player was tested postive for the virus, the whole Real Madrid players and staff have been put in isolation.

A statement on Manchester City’s website addressed the reason why the fixture clash was postponed.

“The decision to postpone Tuesday’s game was made in conjunction with UEFA and follows confirmation that players from Real Madrid will self-isolate for fifteen days, after it emerged that a player from the club’s basketball team tested positive for COVID-19.”

“The Club sends it best wishes to the players and staff at Real Madrid’s football and basketball teams.”

UEFA have also postponed the fixture between Juventus and Lyon as the Juve defender Daniele Rugani had tested positive for the virus and the everyone at Juve were put in isolation.

UEFA are also said to be in talks to consider suspending the Champions League and Europa League completely at the moment.

UEFA set to suspend European cups and postpone Euro until 2021 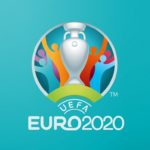 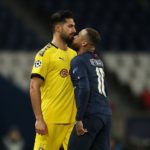 “Neymar is a good actor”, Dortmund staff after Emre Can red card