Manchester United are hoping to advance through to the quarterfinals of the Carabao Cup as they once again face Brighton & Hove Albion on Wednesday.

Following a somewhat lucky win over Brighton & Hove Albion on Saturday, Manchester United will once again lock horns with the Seagulls at the Amex Stadium this week, in the fourth of the Carabao Cup.

When is the Match between Brighton and Manchester United ?

The match will take place at the Amex Stadium on Wednesday as the place in the quaterfinals of the Carabao Cup is at stake.

The match will start 12:15 AM IST. It will be played behind closed door due to the current guidelines regarding Covid-19.

Judging by Brighton & Hove Albion’s team against Preston in the last round, it won’t be surprising to see Graham Potter ringing in the changes despite the quality of the opponent.

Manchester United are also expected to make a lot of chops and changes to their starting eleven, with Solskjaer having one eye on the crucial match-up against Tottenham Hotspur on Sunday.

In eight head-to-head encounters between the two sides, Manchester United hold the clear advantage. They have won six games and lost two.

The two teams faced each other last Saturday for an English Premier League encounter at the same stadium, with Manchester United beating Brighton & Hove Albion 3-2 in a pulsating match.

This is just the second League Cup tie between Brighton and Manchester United, with the Red Devils winning 2-1 on aggregate over two legs in the second round in 1992-93.

Only once in their history have Brighton reached the League Cup quarter-final, doing so in 1978-79 before being eliminated by eventual winners Nottingham Forest.

Alireza Jahanbakhsh has been involved in 50% of Brighton’s League Cup goals this season, scoring twice and assisting one of the Seagull’s six goals. 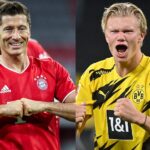 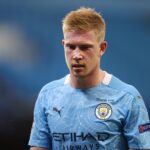