Known as the Borussia Derby, Borussia Dortmund will be dealt with a tricky opponent in their opening fixture of the 2020/21 Bundesliga campaign as they take on Borussia Monchengladbach.

Following a somewhat disappointing end to the 2019/20 campaign, the Black and Yellows are once again regarded as the main competitor to Bayern Munich for the title challenge. They have a strong team, further boosted by the arrival of players like Jude Bellingham, Thomas Meunier and Reinier Jesus.

Borussia Dortmund have had an excellent record against Gladbach in recent years. However, considering any past record would be undermining the massive improvement BMG have had under the leadership of Marco Rose.

This fixture, meanwhile, will also host 10,000 home fans as a result of loosened Coronavirus restrictions as the footballing culture in Germany looks to move on from last season’s Geisterspiel. Unfortunately for Gladbach, there won’t be away fans, and we also won’t be seeing the majestic Yellow Wall or Sudtribune as away fans, standing and alcohol have all been banned for the time being.

Marco Reus has attracted a lot of attention after scoring just three seconds into his return on the pitch. He is unlikely to start, however, having been sidelined for seven months, thus paving the way for Jadon Sancho and Julian Brandt to provide the creativity in the final third. The Dortmund attack will be led by none other than Erling Haaland.

American whizkid Giovanni Reyna is also pushing for a start but Favre may opt for Brandt given the quality of the opponent.

Raphael Guerreiro is a doubt due to a muscular problem, which means Thorgan Hazard should retain his role at left wing-back, with new signing Thomas Meunier starting on the opposite flank.

In midfield, Favre could be enticed to provide Jude Bellingham with his first Bundesliga start. The English whizkid was impressive against Duisburg, and it will be interesting to see how he performs at the highest level of football. He is likely to partner Axel Witsel in the double-pivot.

Bellingham starting in midfield might force Emre Can to move back to defence, where he is likely to partner Mats Hummels and Manuel Akanji, thus forming the three-man Dortmund backline. They will look to cover Roman Burki in goal.

In defence, Gladbach have a settled back-four with ex-Dortmund star Matthias Ginter forming the heart of the four-man backline alongside Nico Elvedi, while Stefan Lainer and Ramy Bensebaini operate as full-backs.

The Foals have emerged as a strong defensive side under Rose so it will be interesting to see how they cope with the mighty attack of Borussia Dortmund this weekend.

And finally, in attack, Marcus Thuram is a guaranteed starter, having enjoyed a breakthrough campaign in the Bundesliga last term. He is, in fact, Gladbach’s main man and could cause problems for Dortmund with his blistering pace and feisty movements.

Thuram is mostly expected to lead the line for the visitors, ahead of Alassane Plea, with the creative trifecta of Hannes Wolf, Lars Stindl and Jonas Hofmann providing the supply in the final third.

Haaland figures to run Lewandowski close in the Torjägerkanone race this season. The Norwegian plundered 13 goals in 15 games following his winter arrival from Salzburg, coming in at a rate of one every 82 minutes.

US youngster Gio Reyna has arguably been BVB’s biggest winner in pre-season, scoring four goals in the five games in which he has featured. Both of his goals in competitive action have come in the DFB Cup.

Gladbach’s Germany centre-back Ginter spent three seasons with Dortmund between 2014 and 2017. He featured in more than 100 games in all competitions, winning the Supercup in his first season and the DFB Cup in his last.

Gladbach led the Bundesliga table for eight matchdays last season. Runners-up BVB were only top for the first two weeks. 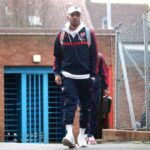 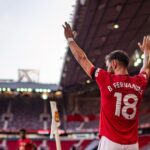