Guiseppe Conte, Italian Prime Minister has announced that all sporting events including Serie A is suspended due to the coronavirus outbreak in the country.

Italy being the second-worst country affected by the coronavirus in all of the world saw rise of death-toll increased to 463 since the outreak in Italy. There have been over 9000 people already infected in the country.

The restrictions, which had already been in place in Italy’s north, the worst affected region in Italy but the current decree has essentially put all of Italy on lockdown.

The final Serie A games before the league was suspended were played behind closed doors.

“There is no more time, the numbers tell us there is a significant increase in the contagion, in intensive care and the deaths,” Conte told a press conference. “Our habits have to change, we must sacrifice something for the good of all of Italy. This is why we will adopt even more stringent measures.”

“I will sign the new decree, which can be summed up with the phrase ‘I am staying at home.’ There are no more red zones, there is just an Italy that is protected.

“We must avoid travel unless for proven work reasons, health reasons or other necessities. We ban large public gatherings.

“We also have more stringent measures in mind for sporting events. Serie A and all sporting tournaments in general are suspended. All the fans must accept that.”

Goretzka is not satisfied with his playing time 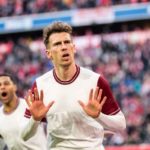 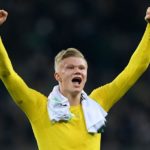 Erling Haaland: “I can do even better”