Gabon defeated Comoros 1-0 in their first match of the 2021 Africa Cup of Nations. Despite the absence of renowned scorer Pierre-Emerick Aubameyang, the Panthers were able to secure a close victory.

A week before the competition, the Arsenal star tested positive for COVID-19. He has since returned to training in preparation for Gabon’s next group-stage match.

The Panthers will benefit greatly from the return of Aubameyang. However, the team will now have to deal with a dugout vacancy for the next several days.

Patrice Neveu, the team’s head coach, was diagnosed with the illness on Thursday and had to miss practise.

Aubameyang discussed his return to training in an interview with Gabonese FA.

“Staying locked up is not simple,” he remarked.

“So we’re glad to be back in the squad and training.”

When asked how he felt after Gabon won their first game of the tournament, the Arsenal midfielder replied, “I won’t say tranquil, but it surely feels fantastic to start the championship with a victory.”

“You shouldn’t assume you won the tournament after that, either.”

“We’ll be playing a really tough opponent who wants to win the game, so we’ll have to be just as serious as we were in the first game, and I’m confident that we’ll have a chance.”

“I was already pleased with the team’s performance in the first game; we are all proud of them.” Now it’s up to me to step up and give the squad everything I’ve got.” (Source: Fotbmob) 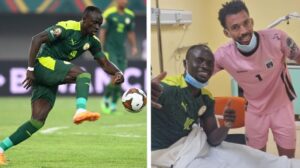 During Senegal’s AFCON victory over Cape Verde, Sadio Mane was pulled off the field with a head injury 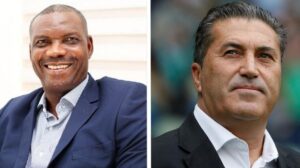