Luka Modric has fueled speculation about Kylian Mbappe joining Real Madrid by saying that ‘great players are always welcome’ at the club.

Mbappe’s future at Paris Saint-Germain is uncertain, and he has been linked with a move to Real Madrid.

According to reports, the 22-year-old has decided to leave Parc des Princes at the end of the season in order to join Real Madrid at the Santiago Bernabeu.

While PSG obviously wants to keep him, they are reportedly willing to sell him in the summer in order to avoid losing him for free in 2022.

“You hear a lot of stories about the players who’ll be coming in and who’ll be leaving, but I can’t go into that”

“Mbappe is a great player and he’s proved that with his national team and PSG. Great players are always welcome at Real Madrid, but it wouldn’t be right of me to speak about players at other clubs, particularly at this stage of the season.”

“We’ll have to see what happens next season, but he’s a top player and is amongst the best in the world.”

The future of Cristiano Ronaldo in Serie A is still up in the air. 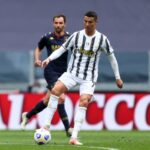 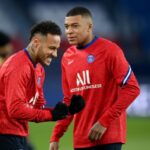