Kurzawa will be available on a free transfer this summer and already has a host of interested suitors including Barcelona and Liverpool.

The Gunners came close to signing the 27-year-old in the winter window before the defender decided to see out the remainder of the season with PSG.

Spanish outlet Sport claim Arsenal have made yet another move to sign Kurzawa with Barcelona also closely interested and stalling to make any concrete decision.

For Arsenal, injuries to Kieran Tierney and Sead Kolasinac have left Arteta short of options but teenager Bukayo Saka has largely impressed as a make-shift player for that role.

Kurzawa is expected to bring experience to a Gunners backline that needs lots of strengthening before they can challenge again.

Arsenal have already approached the Frenchman’s representatives with an interesting offer as they plot a move to bring him to the Emirates. 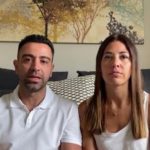 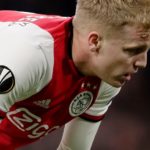 “I have not said yes to anyone, everything is still open.”- Van de Beek on Real Madrid speculation