Andrea Pirlo is the first ICON card to be revealed in FIFA 20 Ultimate Team.

He retired after playing for New York City FC for two seasons back in 2017.

Pirlo regarded by many as one of the greatest midfielders in the history of world football.

Best known for his amazing passing accuracy and also had a knack of scoring amazing goals. Also one of the best free-kick takers of all time.

The rating for Pirlo is yet to be revealed but it will most likely be in the 90s range.

As each ICON in Ultimate team has three cards released, each representing a period in their career.

The trio cards for Andrea Pirlo will most likely have amazing passing stats and anyone who packs him will have a field day providing inch perfect through balls.

EA will release the full list of ICON cards on July 30 for FIFA 20.

With EA having signed a new exclusive deal with Liverpool there may be Liverpool legends as ICONs’ in the game.

Zinedine Zidane will also be a great inclusion in the game. 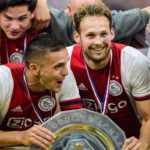 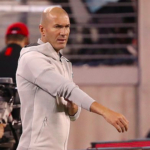