Andrea Pirlo stood by his decision to rest Cristiano Ronaldo, who suffered a ‘slight problem’ in the build-up to Juventus’ trip to Benevento.

The Bianconeri had to settle for a disappointing 1-1 draw on Saturday. Alvaro Morata may have put them ahead in only the 21st-minute of the match, but Gaetano Letizia’s equalizer in first-half stoppage time ensured a share of the spoils.

It means Juventus could fall six points behind AC Milan in the standings should the Serie A leaders defeat Fiorentina on Sunday.

The result naturally raised questions over Pirlo’s decision to not call up Ronaldo, with the club having already suffered in the absence of their star forward on multiple occasions this season.

“He had a slight problem midweek and wanted to play in the Champions League anyway,” Pirlo told Sky Italia.

“After international duty, it was natural he’d need some rest. Ronaldo is an added value, but we must try to play our game even in his absence.

“It happens when you have a lot of players on international duty and also play the Champions League. We’re hardly the only club in this situation.” 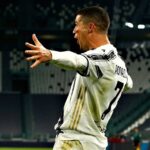 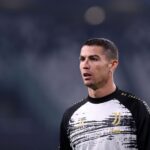