Aston Villa have launched an €18 million (£16m) bid for Bournemouth’s Joshua King. The Villans are desperate to bolster their attack going into the next season, having barely escaped survival in the Premier League in the last one.

King, who scored 12 times in the previous campaign, could be tempted for a move away since Bournemouth were relegated last season. [The Telegraph]

Areola an option for Chelsea.

Chelsea are said to be working on the signing of Rennes goalkeeper Edouard Mendy. However, should the transfer fail to go through, they have the opportunity to turn to Paris Saint-Germain’s Alphonse Areola. PSG do not require the services of the 27-year old and have offered him to the Blues.

Manchester United are in talks to sign FC Porto’s Alex Telles. The club have held discussions with the fullback’s representatives, who flew from Brazil, with the aim of sealing the transfer.

Injury issues for Luke Shaw and Brandon Williams have prompted the Red Devils to bring in a new left-back. Real Madrid’s Sergio Reguilon is also on Ole Gunnar Solskjaer’s wishlist. [A Bola]

Atletico Madrid and Thomas Partey find themselves in a deadlock over a contract extension. The club offered the Ghana international a new deal earlier this year that would have raised his release clause from its current value of €50 million, but he turned it down. Soon after, the coronavirus pandemic happened which prevented the club from offering him a new deal. Meanwhile, Arsenal and Juventus have already approached Partey regarding a transfer. [Marca]

Manchester City are heavily linked with the signing of Napoli’s Kalidou Koulibaly in recent times. But should they encounter failure in his pursuit, Man City will turn to Atletico Madrid’s Jose Gimenez. Sevilla’s Diego Carlos is also a subject of interest for Pep Guardiola as he looks to bolster his defense. [Sport]

Santos on Ronaldo- There is a big chance he will play 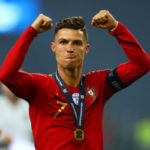 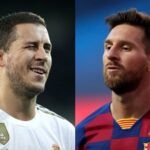 Morientes – Eden Hazard at his best can match Messi