Here are some of the latest completed transfers, rumors and news around the footballing world.

Wolves have completed the transfer of Fernando Marcal from Olympique Lyon. The 31-year old defender, who cost €2 million, committed his future to Molineux by signing a two-year contract.

Capable of operating at left-wing-back or left of a back three, Marcal will provide the much-needed depth in Nuno Espirito Santo’s defense. [BBC]

Paris Saint-Germain are considering offering Eric Maxim Choupo-Moting a contract extension. The club as well as the player is confident of reaching an agreement over a new deal. Choupo-Moting is currently a free agent as his contract with PSG expired at the end of July. [Telefoot]

FC Barcelona are planning on making one final attempt to sign Lautaro Martinez from Inter Milan. The 23-year old forward, who ticks all the boxes, for Barca, is still their number one priority.

The club, however, are planning to step up their pursuit of the Argentine after the departure of Luis Suarez, who is expected to join Juventus. Barca are trying to negotiate a transfer fee for Suarez while Juve intend to land him for free. [Goal]

Coutinho to stay at Barca.

FC Barcelona no longer have the intention of offloading Philippe Coutinho this summer. This is due to new boss Ronald Koeman telling the club he has the Brazilian, who recently returned to Cam Nou after his loan spell at Bayern Munich, in his future plans. [Marca]

No bids for Bale at Real Madrid.

Real Madrid are yet to receive an offer for Gareth Bale despite the player making known of his intention to quit the club. The Welsh forward’s reluctance to take a pay cut on his €15 million–year salary is the biggest stumbling block for his potential suitors.

Tottenham have shown interest in his signing, though they lack the financial strength to pay for his transfer as well as his wages. [Mundo Deportivo]

Fati’s self-confidence is not normal, Enrique in awe of history-maker 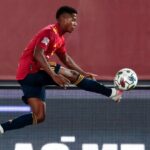 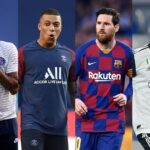 Leonardo – PSG have the best players after Messi & Ronaldo