All the Latest Transfer Rumors on Saturday, 3rd October from Europe’s Top 5 leagues

Bayern Munich have reignited their long-term interest in Callum Hudson-Odoi and hope to seal a loan deal with a buy option included. The 19-year-old has fallen out of favor at Chelsea, prompting the European champions to make their move. Talks are currently underway between the two clubs. [Sky Sports]

Blues boss Frank Lampard recently admitted ‘it remains to be seen’ on whether Hudson-Odoi will remain at Stamford Bridge beyond the October 5 transfer deadline.

Has Dembele had a change of heart?

After a rumored chat with France teammate Paul Pogba regarding life in England, Ousmane Dembele is now ‘enthusiastic’ over the idea of joining Manchester United.

The former Borussia Dortmund star has fallen down the pecking order at Barcelona, with just a 20-minute cameo to his name this season. A change of scenery, therefore, could be possible. Although Barca haven’t sanctioned or acknowledged any Old Trafford move to date. [L’Equipe]

Jose Mourinho’s long-term interest in Milan Skriniar is no secret, with the Tottenham boss to make another attempt to sign him. A formal bid is set to be made to test Inter Milan’s resolve to keep their star defender. [Evening Standard]

Should that fail, Juventus’ Merih Demiral and Chelsea’s Antonio Rudiger could be next on Mourinho’s shortlist. The Portuguese, who recently signed Benfica striker Carlos Vinicius on loan, wants a new center-back ASAP.

Chelsea name their demands to Inter for Alonso

Marcos Alonso may have started all three of Chelsea’s Premier League games this season, but he’s widely expected to drop down the pecking order. Especially as Ben Chilwell eases back into action. The €50m summer signing has overcome a foot injury as he bids to become Frank Lampard’s preferred left-back.

Thus, Inter Milan hope to reunite Alonso with former Blues manager Antonio Conte for this season. They hope to sign the 29-year-old on loan with a buy option included. But Chelsea insist a permanent sale is best for them. [Goal]

The never-ending, and quite frankly monotonous, Jadon Sancho transfer saga has taken a new twist. It appears Ole Gunnar Solskjaer may sell Daniel James to fund a late move. However, Manchester United aren’t sold on the idea of selling the 22-year-old winger. [ESPN] 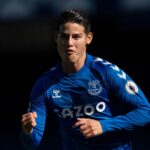 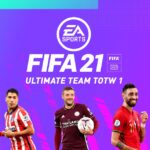