Wayne Rooney could make the transition from a player to a manager at Derby County. The ex-England international is being tipped as a successor to head coach Phillip Cocu, who risks getting sacked after an undesirable result against Nottingham Forest on Friday.

The former Manchester United forward, however, is yet to obtain his UEFA coaching license. [Daily Mail]

Liverpool have put an offer in the range of €70 million – €75 million on Napoli’s table for Kalidou Koulibaly. They look serious about signing him around this time and have hence matched the Serie A side’s valuation for the 29-year-old Senegalese.

The Reds have been hit hard by the injury of Virgil van Dijk, who could remain out of action for the remainder of the season. [Fabio Santini]

Schalke’s Ozan Kabak is a subject of interest for Liverpool as they hunt for a replacement for Virgil van Dijk. The transfer of the 20-year-old center-back is demanded by manager Jurgen Klopp himself.

The German club have put a price tag of €30 million on Kabak, who is also attracting interest from AC Milan. [Sport Media Set]

An unfavorable result in the next two matches could see Zinedine Zidane get sacked as the Real Madrid manager. El Clasico, the clash against FC Barcelona, and a Champions League match-up against Borussia Monchengladbach are the two upcoming matches for Los Blancos.

Zidane’s position has come under much pressure following back-to-back losses to Cadiz and Shakhtar Donetsk. [L’Equipe]

Simeone wants his son at Atleti.

Diego Simeone is hoping to secure the transfer of his son Giovanni for Atletico Madrid. The Argentine tactician views the 25-year-old as an ideal partner in crime for Luis Suarez.

The striker, who joined Cagliari on loan from Fiorentina over the summer, has netted three times in his first four Serie A games. [Don Balon]

Inter Milan are keeping tabs on Hakan Calhanoglu‘s situation at AC Milan. The Turkish winger’s contract is set to expire the next year but there has been no news of an extension yet.

Inter have already made contacts with their local rivals regarding a possible transfer for Calhanoglu. [Calcio Mercato]

Cristiano has one chance to play vs Barcelona on Wednesday 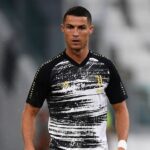 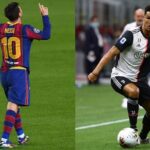